During the first day on the Albanian roads, we arrived at its Riviera. In the South of the country, from the morning to the evening, there was a heavy rain. After weeks with a hot weather, the road became slippery and the air had a nice smell of wet asphalt.

We rode along the Adriatic coast on 60 kilometres. Then we left the main road of the SH8 road and headed to the seaside city of Jalë. On our left, the beach with a fine sand. We rode on the path which became very muddy with the rain. Metre after metre, we were not sure anymore that we will be able to make it. We decided to continue.

At the end, it was worth it! We reached the little beach of Gjiri i Akuariumit surrounded by rocks in a little wild cove.

To respect our traditions, we ended this day on the road with a chill beer on the rocks while watching the sea and the indigo sky full of clouds due to the rain coming.

We pitched up the tents, a bit away from the beach and its rocks, on the only area without a stone but with the foots in the clay!

When we woke up, we packed the tents and did everything to avoid stains from the clay. Then, a quick dive in the clear waters of the Adriatic Sea to clean the clay.

The sunshine was back from the beginning of the morning and helped to dry the path helping us going back on the road towards North. 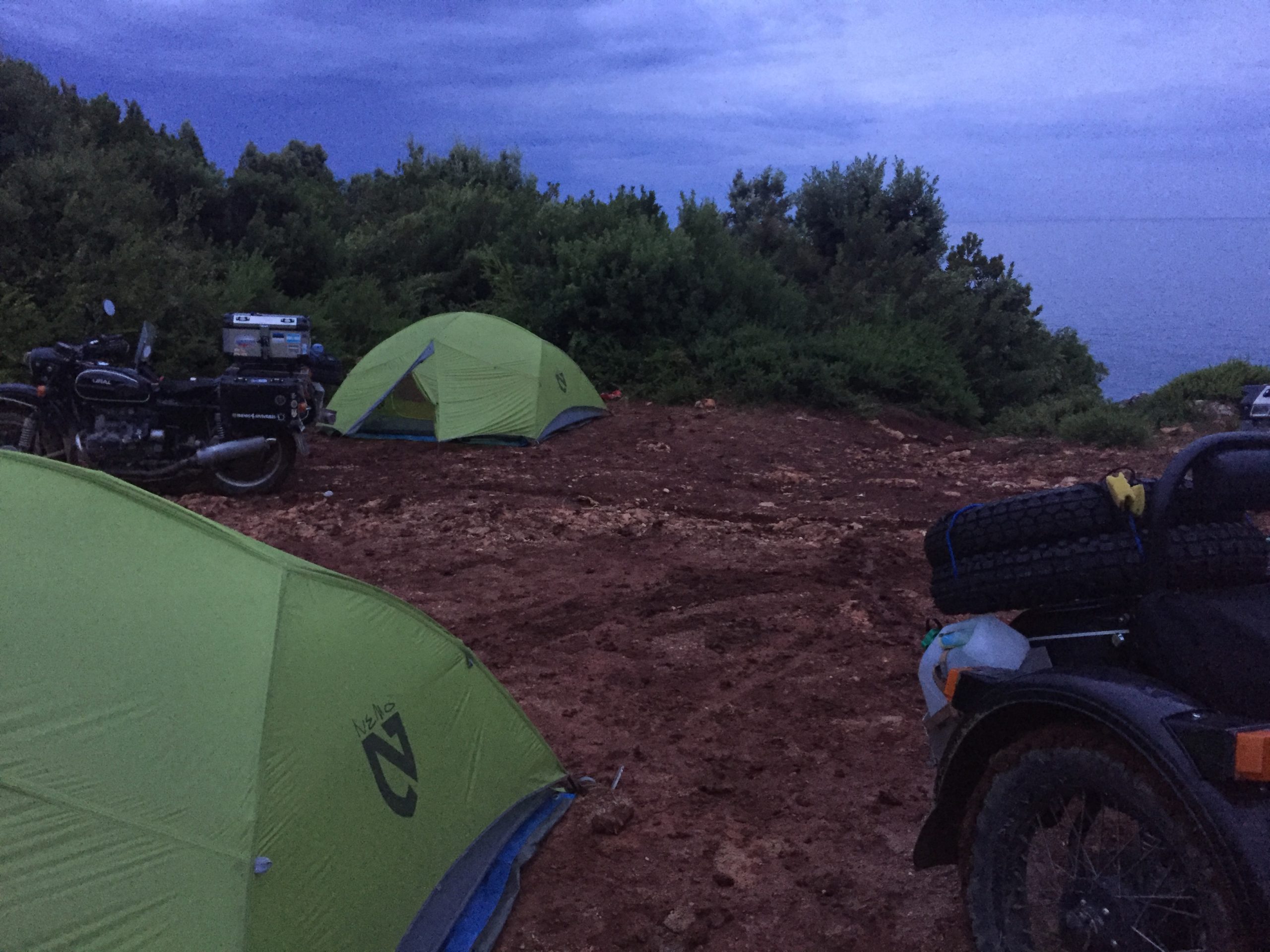 Alongside the river of Drini in Shkoder

We arrived at the border city of Shkoder at the end of the afternoon. Before arriving in this city, we noticed on our sat nav a nice green area alongside the river Drini. But during this first ride, we didn’t find the path to reach the riverside. We went back on the road and finally found a path between two little shops. We had the feeling to be in the city but behind the houses there were fields of cereals, as far as we can see. Very surprising! We followed the uneven path and reached a clearing next to the river where  we decided to pitch up the tent. The scenery was similar to the one you would have on a postcard! The sunset with beautiful piking colours was highlighting the Rozafa citadel, the historic symbol of the city.

After a chilly night, the river next to the tent was a perfect bathroom! With the sunrise, the shower was invigorating.

During the breakfast, while the coffee was heating, a farmer was walking his cow. As many other times, chatting was impossible due to our lack of skills in his language. We did a few gestures but quickly the silence arrived. The man was surprised to see us and the sidecars. It was very poetic to see this old man walking his loyal cow. A routine which has been changed by seeing 4 young travellers. He will probably tell this improbable story to his friends.

But we will never know. We can only imagine while continuing our trip towards North ! 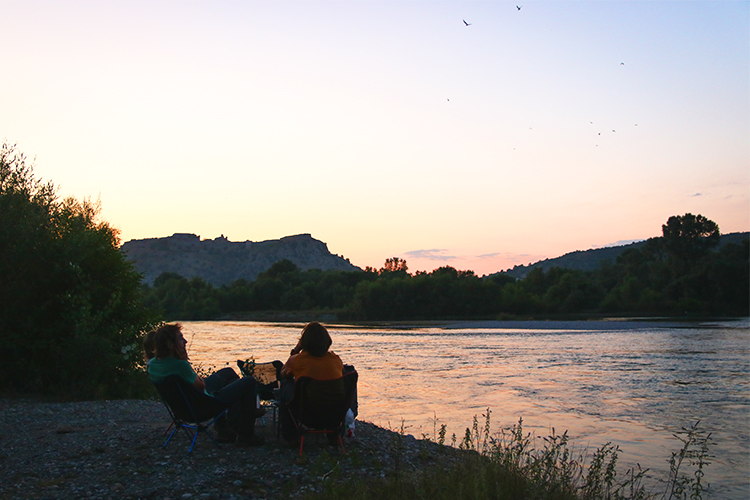