On the winding roads, we travelled through Greece. Loop after loop, along the coast and the hills all over the country.

Once we crossed the border and Kavala city, we left the highway to take a secondary road along the Aegean sea up to the Olympiada. The relief guided us with the blue from the sky and the turquoise-colour from the water, following the elevation of the cliffs by the sea.

Then, it was time to change our direction and to leave the coast to discover the small roads of the countryside of Chalkidiki. In this region, nature is the king. Between, forests and fields of olive trees, a few villages. We climbed up to the hill before to go down to the next valley, and so on and so forth. The sidecars were following these secondary winding roads.

In Sozopoli, we enjoyed a break for a few days. During this, we had a power cut plus a mechanics session. In addition of the usual tightening and greasing, we checked the bearings. Once cleaned, our sidecars were ready to continue their mission up to the end of this trip. 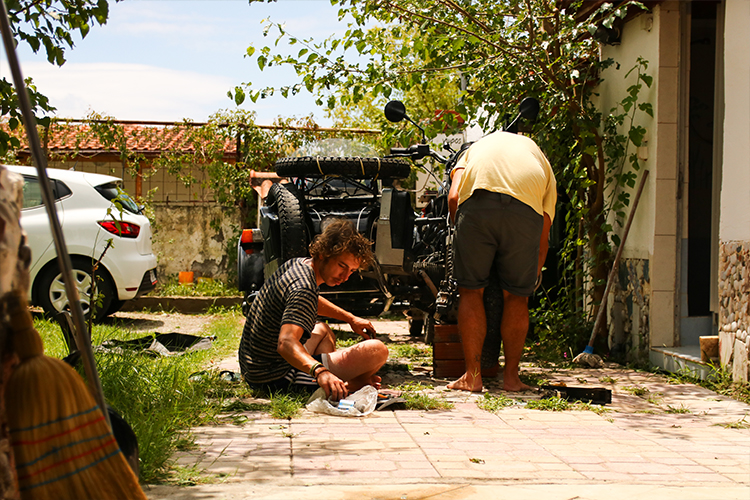 In the Meteora region, we enjoyed the panoramic road (4418). Along the cliff, we were able to see the monasteries. At the extremity, once arrived at the junction, we turned on the right. The road was going up, on a few metres before to be able to follow the ridge up to the Vlachava village. In front of us, the sun rays pierced the clouds to light up the monasteries, like a divine light. 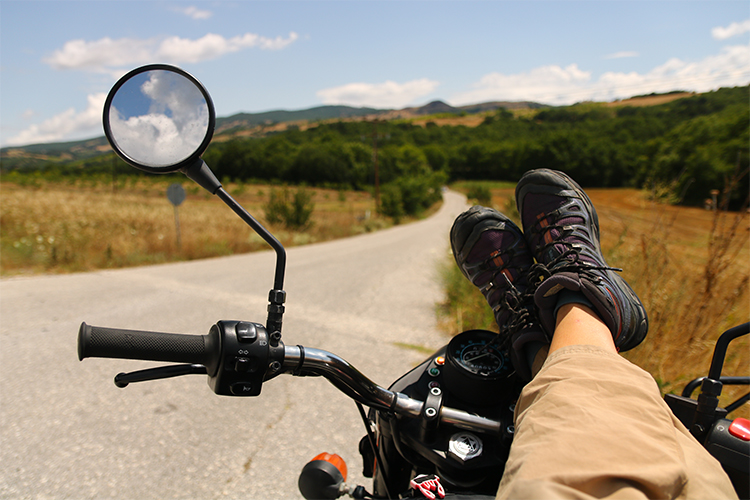 By keeping following North, the Albanian border was not far anymore. It was time to race a storm. After going up and down the hills, we finally found a shelter in tunnels going over 10 kilometres, nearby Ioannina, the last important city before crossing the border.

Albania and rain were welcoming us…