Before this trip if you would have asked me the ideal bathing in Greece, I would have described you a cove with a transparent water and the finest sand.

We enjoyed this scenery, the kind you would have on a postcard, in Ouranoupoli. While we tried to go to the Athos Mount but we were not able to due to the guards, we stopped on the last cove before the Athos Mount.

In front of us, a deserted beach. The second after, we were lying on our beach towels and felt totally relaxed. We dived from the rocks. The bottom of the sea seemed very close but actually it was hundreds of metres deeper. The sand, so white, gave us the feeling to be in a swimming pool. Finally, a couple arrived from the next cove on an inflatable beach mattress and ended this peaceful break. 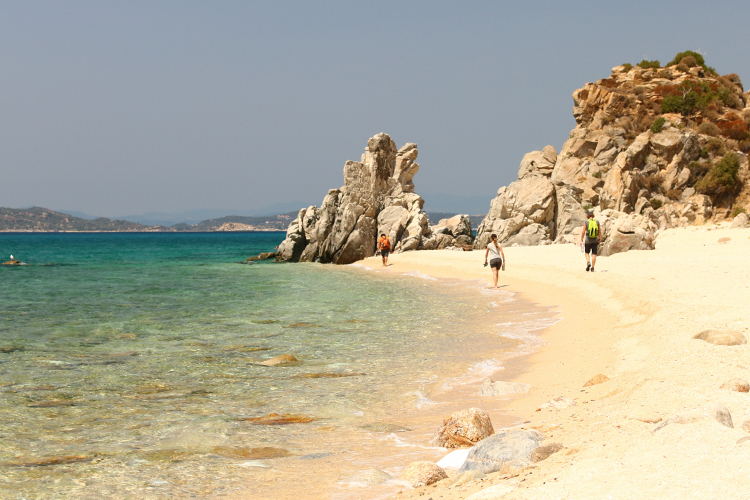 But after thinking about it, the most amazing bathing greek due to its authenticity and unexpected moment, was in the Kavala city.

At the tip of the old city, next to the old white lighthouse, a little beach was quiet and far away from the buzzing city and its traffic. Only the laughs of the swimmers in the middle of this transparent water stopped the peacefulness of the atmosphere.

Mainly retired people were there to spend a nice time with friends. Women were swimming with caps while their husbands were fishing mussels and sea urchins before to be shelled on the rocks.

To meet them, we put our clothes on the rocks and tried to avoid walking on the sea urchins while entering in the water. The advice from the locals were welcomed! Then, it was time for breaststroke with googles to watch the rocks full of sea urchins. Ten metres further, the rocks were deeper and deeper. 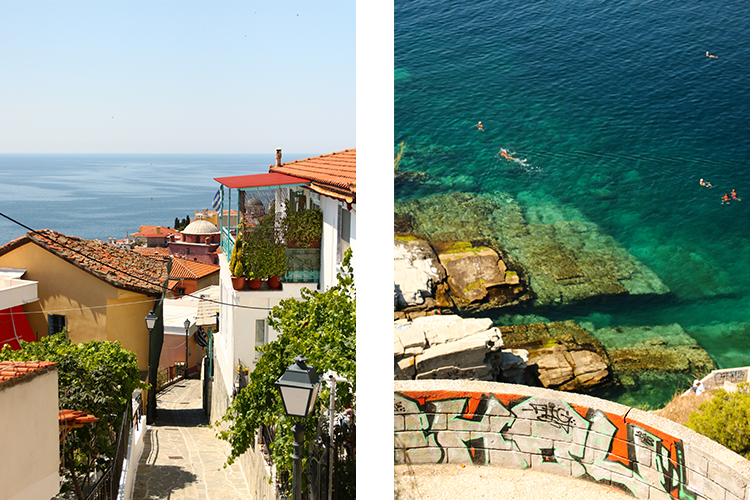 The morning swim ended by a shower at the entry of this beach. Everyone was finishing to chat while dressing and then went back back to their dailylife. Ours was made of asphalt and engine noise wihile the dailylife of our swimmers was made of card games and chats…