Crossing the small town of Uplistsikhe, nearby the eponym troglodytes city, we went deeper in a narrow path surrounded by high grasses.

This path stopped a few hundreds kilometres later, in front of the Koura river. After a quick inspection for finding the flatter areas to pitch the tents and park the UAZ. We finally chose a cozy spot where everyone had his own space, like in a farm campsite. Before to setup the table, we had to manoeuvre the vehicles between the trees used like shelters for the night. 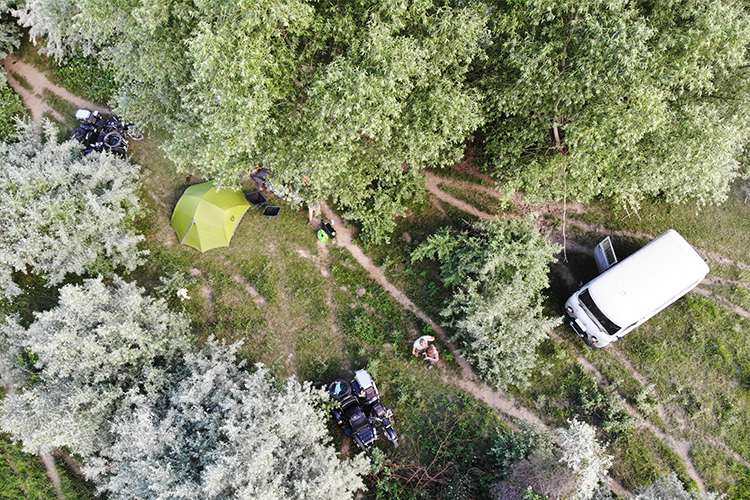 While we sat in our chairs to enjoy our almost chill beer, a cow herd leaded by a farmer crossed our campsite to go to their farm. Our presence was not disturbing them at all. Like if we were not here, they were enjoyed eating the leaves directly from the trees surrounding us. The night finished by a few « Deutsch » games. The cards were stacking on the table illuminated by the glimmer of the headlights.

The wake up was again early. Like on the eve, the herd of cows came back for going in the opposite direction. The brioche was rapidly eaten before to hit the road again towards West.

Along the Shaori lake

During an adventure, there are tough choices between pleasure and reason.

After going along the Shaori lake and its clear water, we needed to take a decision. Above us, the sky was cloudy and stormy. But was it a good reason for choosing safety rather than this breathtaking spot for wild camping?

This time, we opted for the beauty of the place. We went closer to the lake with our vehicles and set up our camp. We hung the tarp given a few days ago by a Dutch overlander, from the UAZ. We spent the evening under this basic shelter helping us to stay dry while it was raining until we fall asleep. Further away, we saw the Lightning’s on the summits of Caucasia, piercing the ski with a worrying white light. 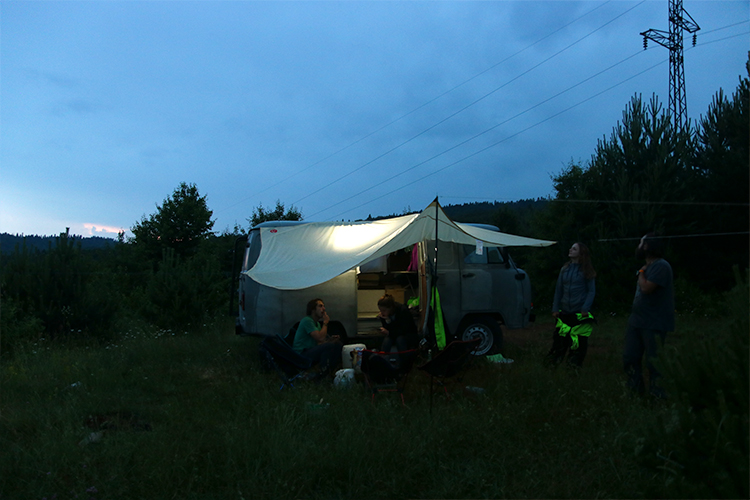 Early in the morning, the sun replaced the clouds. The reflection of the sunshine on the lake offered a breathtaking view. It was time to dive in. Nothing better than a few lengths in lake for a morning shower, before to stay a new day on the road. After this, we enjoyed a hearty breakfast, folded the temps and started the engines. 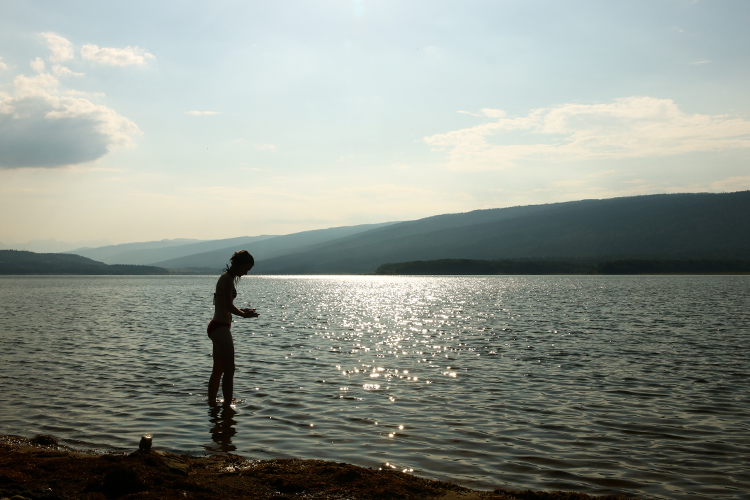