We just crossed the border between Azerbaijan and Georgia and arrived in Lagodekhi, the entry gate of the national park.

A true playground for the nature lovers, we went hiking between the forest and rocks alongside the Ninoskhevi river, up to the waterfalls, 4.5 kilometres further.

The itinerary was not difficult but, quickly, there was no path anymore. We walked along the stream to find our way. Between climbing in the rocks and crossed a few times the river, this step of the hike was like a game. At the beginning, for each crossing of the river, we jumped from a stone to another one, avoiding the chilly water. Finally, it was pretty hot and we decided to dive in the river.

After an intense effort in spite of the short distance, we reached the impressive waterfalls and its 40 metres height.

The waterfalls were noisy and resonated, in the gorges of the river. The surrounding forest offered nice shadows and great lights between the cliffs.

It was time for the Russian Gang to dive in this beautiful natural pool of a turquoise colour. Like kids, we played with the water and dived from the rocks surrounding the main pool. Once we wooled down, it was time to dry. For this, nothing better than a nap like a lizard on its rock.

The way back was very quiet, each one going at his own pace, letting the dreams of our nap continuing or thinking about the next step of the trip. 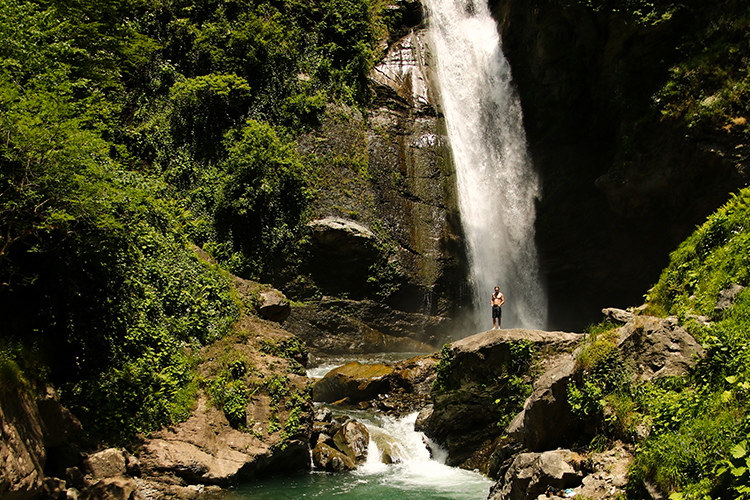 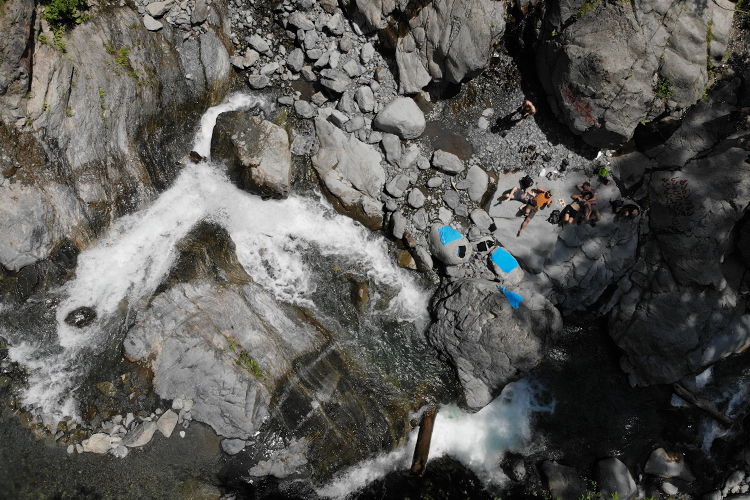 While travelling, we crossed many seaside sceneries meaning new adventures! A few kilometres before Turkey, we reached the Black Sea. When I was a kid, I read “Tintin in the country of the black gold”. I thought this sea was full of petrol. But once we arrived at its edge, I understood with pleasure that its waters were clear. However, along the small campsite we chose for the night, the sand was very dark. Was it a wink to the origins of the name of this sea?

Once we pitched up the tent, it was time for enjoying this sandy beach. We played ultimate Frisbee  with accelerations and jumps on this big black mattress. Once warmed up, we enjoyed our first bath in this warm but not too salty water. Behind us, the sun was going down, giving a beautiful orange colour to the sky before to change for a purple nuance.

When we woke up after this last Georgian evening, there was nothing better than diving and swimming a few lengths to start the day. It was time to go back on the road towards the next country. 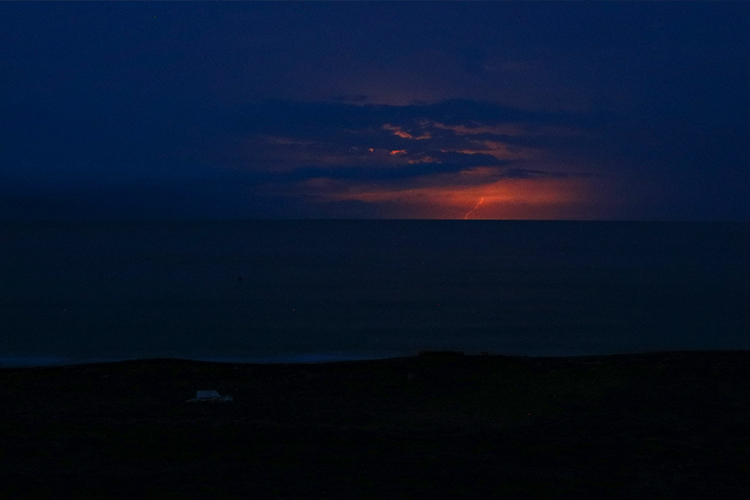