Fries and Belgium beers are over. After a journey of 14 hours (including a 2-hour stop in Madrid) with the airline Air Europa, the captain announced our arrival at the Bogota International Airport. It’s 6:30pm (local time) and 13°C outside.

After landing, we go first to the immigration desk where we get our touristic visa for the next 90 days without any issue.

Once arrived at the Casa Colibri Hostel, we go straight to bed! It’s 10pm here, 4am in Paris ; and tomorrow Bogota is waiting for us!

Bogota is situated on a wide plateau surrounded by mountains. Its historic centre is next to the Monsterrate Mount (3152m) whereby a basilica has been built by the Spanish conquistadors. This mount is reachable by foot or by funicular and offers a breathtaking view over the town. 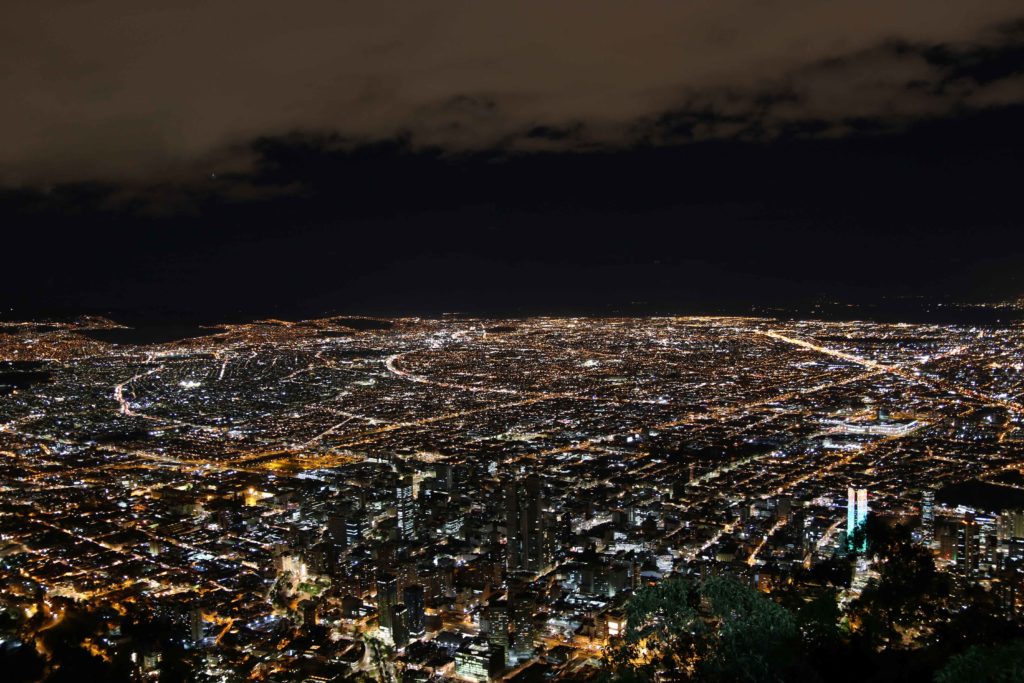 The Colombian capitale offers various surroundings depending on the areas we are visiting.

The historic area – the Candelaria – is the one with the most touristic sites. The most famous is the Simon Bolivar place which, by its size, is impressive. Surrounded by the National Capitol, the Primada Cathedral, the law court and the town hall; the architecture is remarkable. Many events are also happening on this place. During our visit, we saw a manifestation supporting the Venezuelan migrants.

The Candelaria area is picturesque. Its narrow and colourful streets on the hillside offer an enjoyable environment to walk around. 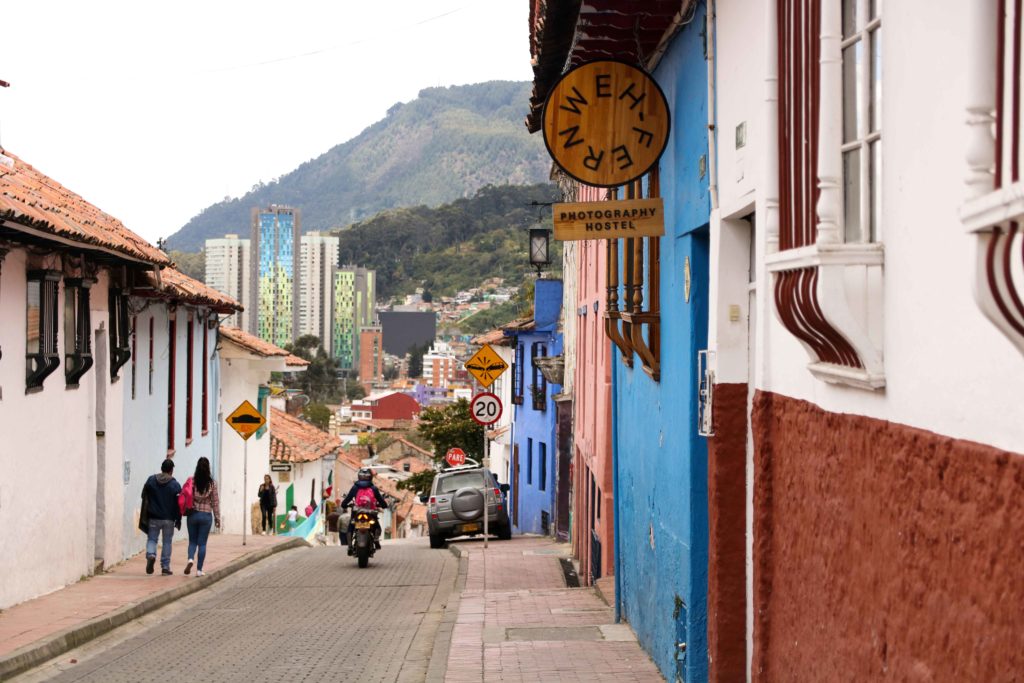 In this area, we have visited two major museums. The first is “el museo de Oro”  exposing an impressive collection of ornaments from the pre-Colombian civilisations. Besides their beauty, we are learning more about the culture and the beliefs of this population.

The second is the Botero Museum putting the famous Colombian painter in spotlight. Looking its quirky artworks of disproportionate objects and people (to avoid saying “fat” people) offer a nice and peaceful moment.

By walking towards the Simon Bolivar parc, we are crossing many different atmospheres. Between the streets 8 and 20, the poverty shows its saddest face. Many people are selling various items of a little value. We can find helmet visors, bracelets, veggies, etc 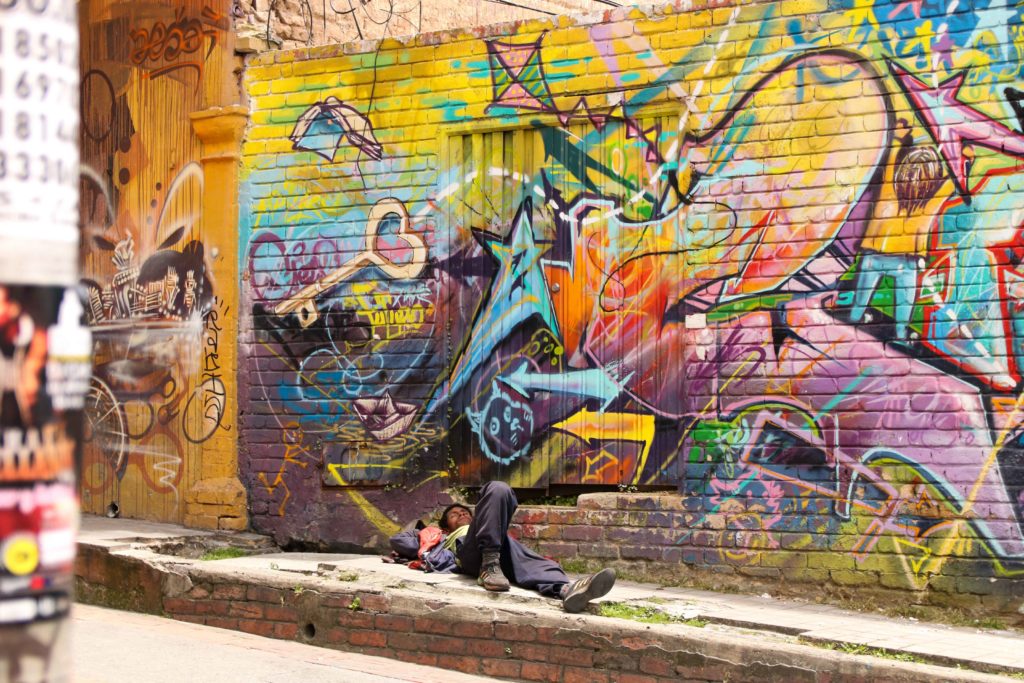 A few streets further, a commercial centre marks the separation with the university campus of the social and biological sciences. This is the starts of a posh area with mostly office buildings.

The economic centre is in the “area T” after the street 85. Very close to the Western atmosphere, there are the most comfortably off population and many European shops.

During these few days in Bogota, we have tasted a few food specialities including arepas, papa rellena, empanadas and fruits (Lulo, Pitaya, Cherimoya and Granadilla). Very tasty! 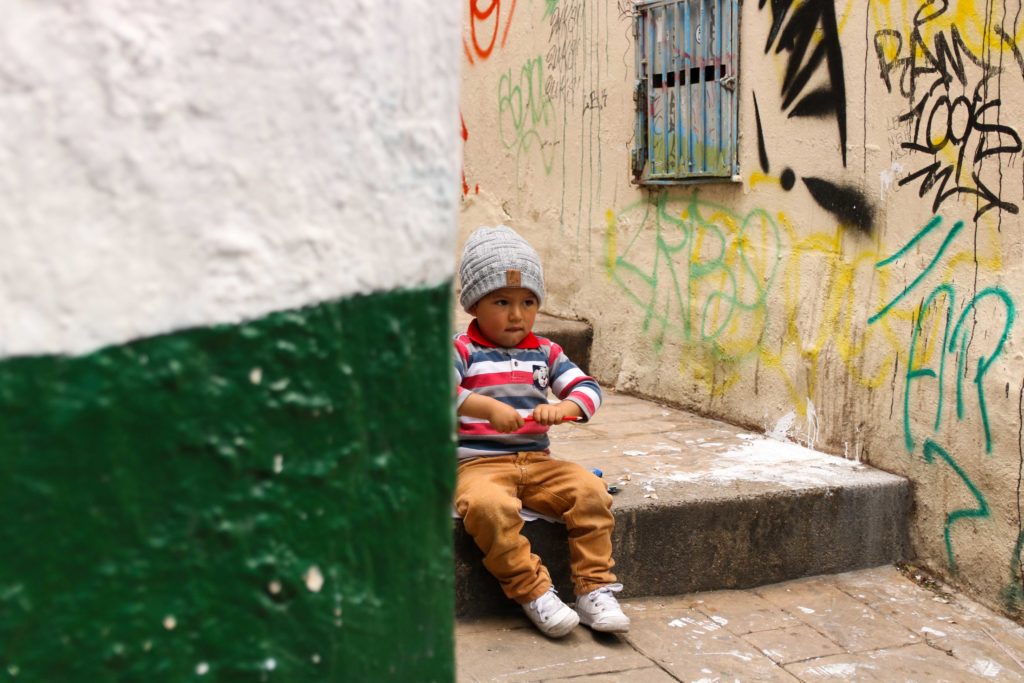